Friends of Medway Towns Music Centre raise over £1100 for charity! 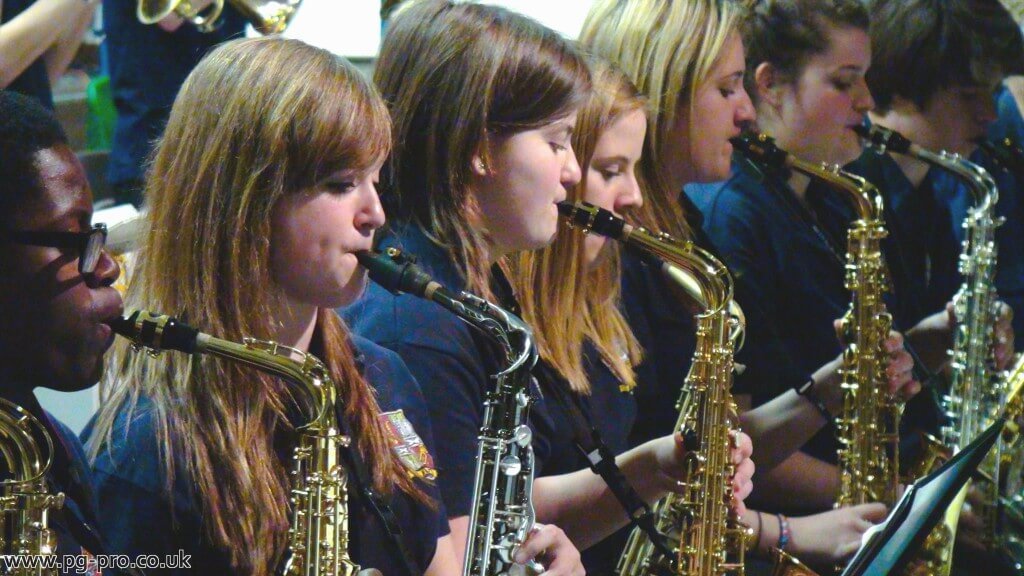 Three ensembles from Kent Music’s largest and most active regional music centre took to the stage at the Thorndyke Arts Centre in April to raise funds for two Kent Charities.
Over 100 performers entertained a packed house and in doing so broke the magic figure of £1000.

Two of the groups taking part were directed by former students of the Medway Towns Music Centre over 25 years ago (Jeremy Shoobridge and Phill Hyde) who have both worked together on a number of the jazz evenings in the past which has to date raised over £5000 for charitable organisations. Phill Hyde who now manages the centre was pleased on this occasion to contact Demelza House and be able to arrange the presentation of a cheque for £550 at the next Centre concert on the 29th June.
The remaining money raised will be used to support music bursaries at the centre which runs during term time. All the activities offered at the very busy centre (over 250 members) can be found on the Kent Music website under Local Music Groups or alternatively email Phill direct on phyde@kent-music.com for more information.