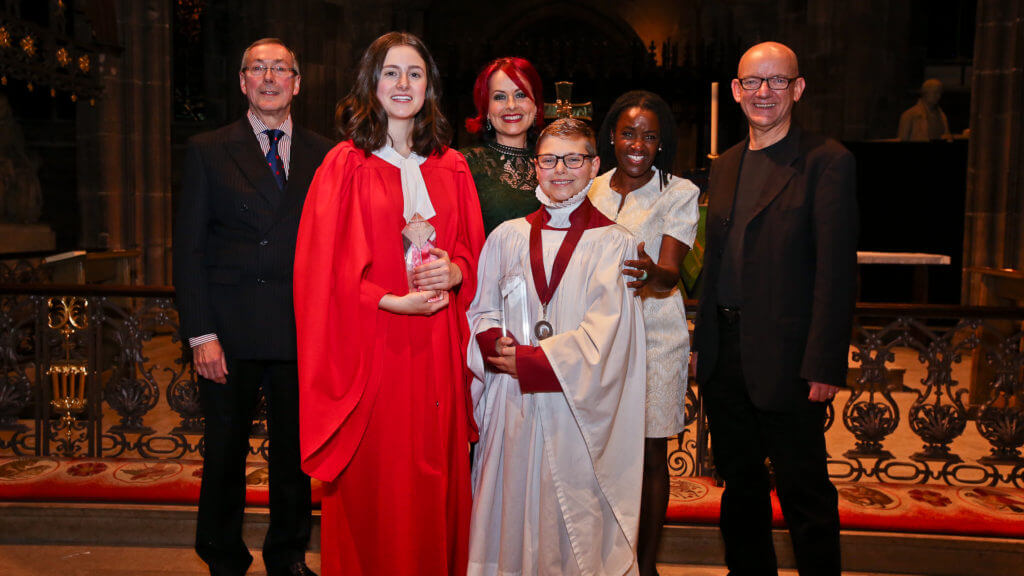 On Monday 24th October 2016, Edward Hyde, a member of our Kent Youth Wind Orchestra, was announced winner of Radio Two’s Young Chorister of the Year. Edward beat thousands of other young choristers from across the UK to reach the final which was held at Manchester Cathedral.

The young musician, 12, sang I Vow to Thee My Country and Be Thou My Vision in front of a judging panel and audience. Members of the audience included his mother Sophie, a singing teacher, and father Phill Hyde who is manager of the Kent Music Summer School and County Wind Orchestras.

Edward, who is Deputy Head Chorister at Rochester Cathedral, has attended our Kent Music Summer School for the past three years and regularly plays the trombone at our Medway Towns Music Centre at Fort Pitt Grammar School in Chatham. On Saturdays, Edward is also studying at the Junior Royal Academy of Music.

His father, Phill, said the final was an emotional evening: “It takes a tremendous amount of work and commitment to perform at this level and we are delighted for him. One of his first engagements will be to perform on BBC’s Songs of Praise programme.”